A Night With James Ketchell 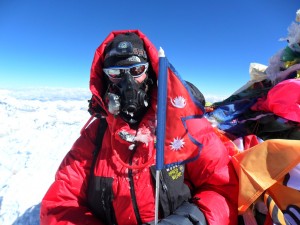 With very little convincing from our very own Dave Justice, James very kindly offered to come and do a motivational speech at Langley Park School for Boys for  the Scouts and Explorer Scouts in the District where he told his story, which was an inspiring evening for everyone. James did this on behalf of the Elifar Foundation, a very worthy cause that was collecting donations for James’ time. The evening raised a fantastic £600 for the charity! 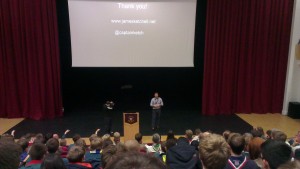 James gave a fantastic presentation to the young people with lots of energy and enthusiasm about the amazing adventures he’s been on. He then submitted himself to the Scouts and Explorers for questions, giving more insight into what he’s done as well as a few teasers on what’s coming next. All of the young people and leaders would like to thank James for a fantastic evening and his boundless enthusiasm for life, which hopefully will spur our young people on to their own adventure one day!

Below is a little taster of what he’s been up to, from his website.

“In 2007, James was recovering from a serious motorcycle accident that left him with broken legs and a severely broken and dislocated ankle. 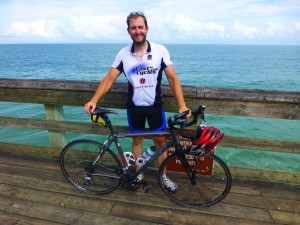 The prognosis was that he was likely to suffer a permanent walking impairment and would certainly not be able to continue the active physical lifestyle he had enjoyed up to that point. James decided to respond to this challenge in the only way he knew how, and with dogged determination, set about physical tasks that most of us can only imagine experiencing. 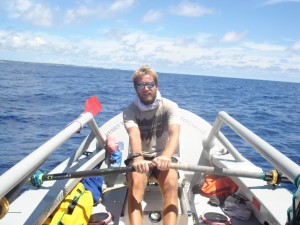 The key message that James reveals from completing this “ultimate triathlon” is that we can all potentially set ourselves difficult goals and achieve them: the capability to succeed is within everyone.” – Source www.jamesketchell.net