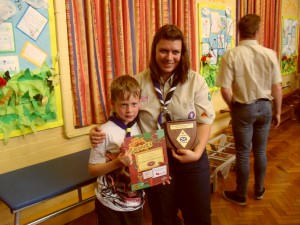 The 2014 25th Bromley Annual General Meeting took place on 15th May 2014 at Burnt Ash Primary School. The meeting, a mandatory event, is to discuss and agree the official business for the group for the year ahead, to agree finances and to elect members of the group executive committee. 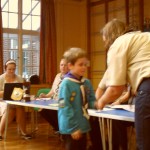 The best part of the evening however is the awarding of the Beaver, Cub, Scout and Explorer Scout of the year awards to recognise the great things that our young members have being doing in the past year. Additionally we saw the awarding of a Chief Scout’s Bronze award, the highest award a Beaver Scout can achieve as well as a number of adult awards. The most notable being the bar to the medal of merit for Kate Allen, Assistant Explorer Scout Leader, for her continued outstanding service to Scouting and our group particularly. The group would like to extend our congratulations to everyone who received an award. 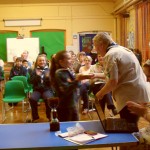 Due to the unfortunate timings of the arrival of the group chairman, the opportunity to convey the group’s proposal to reduce subs to £33 per term from £35 per term as of 1st September 2014 to all attendees was missed. We would ask that if there are any questions or comments regarding this change to please transmit them to the group executive through your section’s parent rep.