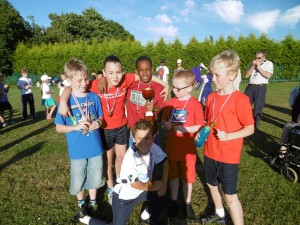 Tonight the cubs held an “inter six” sports day over at Shaftesbury Park. The parents were invited to watch.

Red, White and Blue six had all team members present for the evening.

The Cubs took part in the following events; 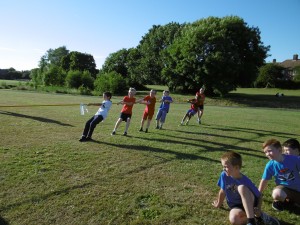 After all the events were finished, medals were given out to the individual winners and the scores were added to the team score. Red Six came out on top and won the trophy, congratulations to them.

The parents joined into the spirit of the evening and joined the Tug of war against the cubs. The Cubs won. Also the parents decided to have a tug of war against each other. Mother and fathers pitted their wits and the mothers won.