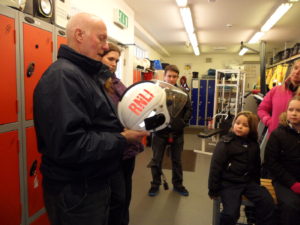 On Monday 15th February the Cubs visited the RNLI Lifeboat station at Victoria Embankment. We all met up at Grove Park station and travelled by bus to Waterloo Bridge. We walked along the embankment and found the “This Morning” studios. We found a nice spot and had some lunch. 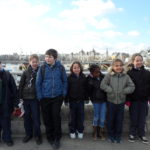 Tower Lifeboat Station is a lifeboat station on the River Thames in London, UK, operated by the Royal National Lifeboat Institution. It is located at Victoria Embankment on the North Bank of the Thames, next to Waterloo Bridge. We were met and led down the gang plank into the classroom. 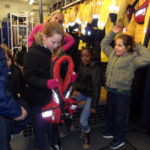 Once inside we were shown videos of recues and were spoken to about river safety. We were then given a guided tour and saw all the equipment that they use, we were unable to go on to the boat in case it was called out.

We then made a way home by bus.