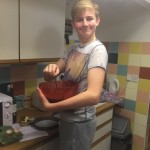 We drove down to the site on Friday night and the evening was spent eating fish finger sandwiches and playing games before turning in for the night. 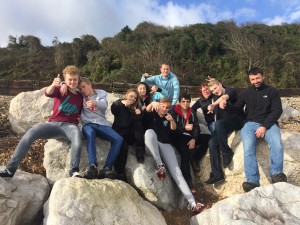 Saturday was a day of 2 halves, after a light breakfast we went hiking and doing exercises with bearings in the field before going down to the beach. After a healthy vegetable stir fry for lunch we were then greeted with the rain which last for the rest of the day. The afternoon was spent playing games inside around different teams preparing dinners. Shepherds Pie and a Tartiflette. Feeling stuffed the evening was spent clearing up and playing cards and games. 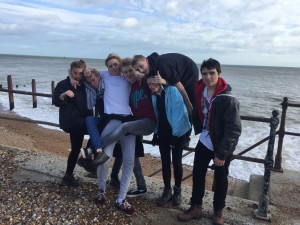 Sunday was an early start with a full English breakfast before clearing up the hut in order to go down to the beach for a few hours before leaving site at midday.

A relaxing weekend was the aim and that is what we had so now we move on to planning our Whitsun weekend away in May and our week long summer camp in July.