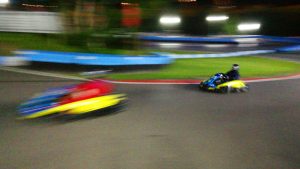 “I recently had the opportunity to take part in a Grand Prix style go-karting tournament down at the Buckmore Park race track in Chatham. The event was organised by the Freemasons and I can’t thank them enough for the wonderful time I had. Myself and 3 fellow explorers all made our way down to the race track for registration and to get kitted out in some pretty swanky driving gear. After a safety briefing, we were assigned our team (Team 33!) and had a short 5 minute practice before the race began. 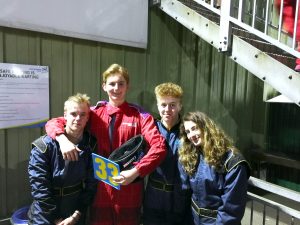 The Grand Prix lasted 2 hours and consisted of some intense driving, impressive overtakes and of course, some hilarious crashes; the best being mine where I crashed right in front of the whole crowd, just to see my teammates laugh and shake their heads in disapproval.

Our team placed 26/34, which considering some of us had never go-karted before, we were very happy with the result. At the end of the day, we took some photos with the organisers and the winning teams were announced and awarded. Although we didn’t leave with a trophy, we all had a fantastic time and it left us itching to try go-karting again! Go Team 33!”