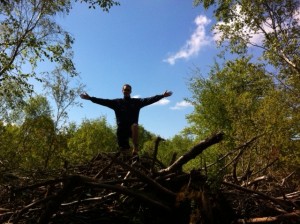 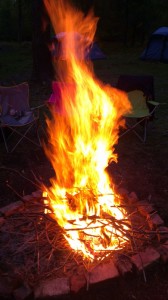 The Explorers have just returned from Whitsun Camp at Broadstone Warren, West Sussex.  For the first time in quite a few years, the weather was fantastic.  The first day was spent building fires which eventually became the BBQ on which we cooked our evening meal.  A great game of non-stop cricket was played which was brought to a brief halt by around 7-8 deer running across the field we were playing in, which was a great sight.  Day two was spent putting to use hiking knowledge that has been gained over scouting careers.  Some groups did really well – another couple of groups hiked almost double the distance they wanted.  This was not, however, due to the fact they were lost – they just weren’t entirely sure where they were! 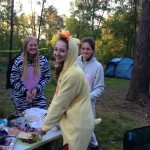 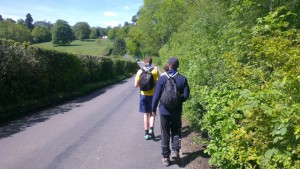 Everyone had a fantastic weekend, with the sun shining throughout Saturday to Monday, plenty of volleyball played, and lots of new skills learned.  It’s now only 2 and a half months until our Summer Camp to France in August – we say bring it on!