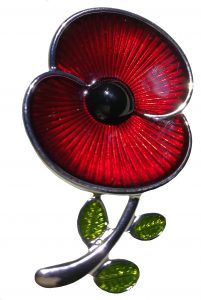 The Beavers, Cubs, Scouts and Explorer Scouts all took part in a remembrance day parade in Bromley along with with other uniformed organisations. This year marked the the 100th year since the armistice of 1918 at the end of the first world war, a significant milestone. 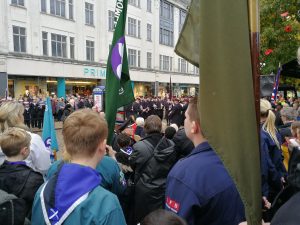 The group began with a service in Market Square in Bromley attended by prominent members of the local council and police forces among others. This included readings and hymns, followed by a moving 2 minutes silence observed by participants and many members of the public.

A procession to the memorial at the top of Martin’s Hill on Church Road, where further readings and the laying of wreaths took place. 25th Bromley flag bearers played a prominent role in the proceedings and the group laid a wreath by one of our Beavers and Scouts.

It was a privilege to be a part of the parade.