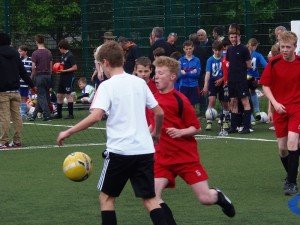 This year’s Bromley District 5-a-Side football competition took place at the Priory Leisure Centre in Orpington. Troops from all across the district entered their teams to try and win the trophy in a fast paced group and knock-out competition on the astro-turf pitches.

Our Scouts have been working towards this event for the last half term as part of their Fitness Challenge badge. They were required to train for physical fitness for 4-6 weeks and then put that training into practise at the football competition. 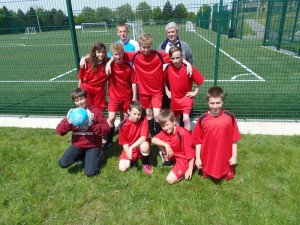 Following their efforts at the competition and leading up to it, five members of the team who had taken part were awarded their Fitness Challenge badges.

We had three group games and one cancelled due to a non attending team. The games were hard fought and we played some excellent football, however we were defeated in those games including a narrow loss to the eventual winners of the competition.