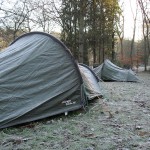 The scouts have just returned from Chillout Camp 2012, a weekend at Frylands Wood Scout Outdoor Centre chilling out. The drop in temperature this weekend meant that they were chilling out in more than one way. By popular demand this was the second coming of the scout camp that is planned by the scouts so that they can come away and do and eat what they want to. 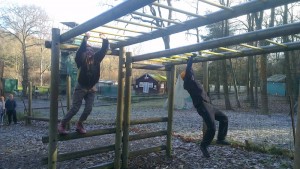 Having made their own tent pegs using their knives, four of the scouts showed they had what it takes to camp in the UK winter weather by spending Saturday night out in tents at -1.7 degrees. 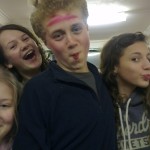 For that they have passed two of the toughest parts of their Bromley Challenge and gained maximum respect for being tough against the elements.

The end of camp also saw a fourth member of the troop receive her Chief Scout’s Gold Award this week, which is a fantastic achievement. 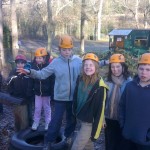 During the weekend, the Scouts were also visited on Saturday by our Beaver section. 14 beavers and 4 leaders all met up at 10am ready for a very cold adventure. They were split up into 2 teams (Foxes and Squirrel’s) and both teams explored the camp site for most of the morning. Both teams saw bunny rabbits on their travels.  After lunch the beavers enjoyed a wide game called “Squirrel’s and foxes”. The beavers collected leaves so they could do leaf rubbings. Later on the beavers made ‘Smores’, drank hot chocolate around the camp fire and sang some songs. One beaver was invested at the camp fire. All beavers worked hard and had loads of fun and were awarded the Discovery Challenge badge and their stage 1 hikes away badge.