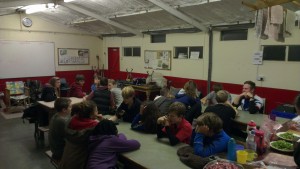 Back by popular demand after a year’s hiatus, Chillout Camp returned to the Scouts’ annual programme this December. The camp is exactly as billed and is an opportunity for the Scouts to go away for a weekend and do just that, chill out. The site, Wayland Campsite in Westerham, was selected by the patrol leaders round the camp fire on one late evening while we were on summer camp in the New Forest back in July. We decided that a December camp would be best complimented by use of a building, just in case the weather gods were not on our side, much to the delight of one of our Leaders who is partial to an indoor camp!! 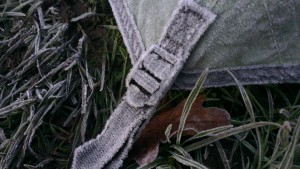 In the weeks leading up to the camp the programme and menu were both planned by the Scouts themselves, they had total control over what they did and ate during the camp including the cooking of meals. This begun with a DVD and Onesie evening with hot dogs for supper. The Scouts proceeded to sing their way through Frozen before hitting the hay for the night. Suffice it to say the below freezing temperature outside was too much for all of the Scouts to handle with only myself braving it out in a tent (pictured), which was peaceful. 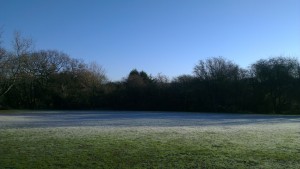 Saturday began with the Scout’s favourite breakfast, a full fat boys, which to the uninitiated is a full english within the 25th. This was followed, after a little digestion time, by a traditional game of 52 bunker, or 21 as the Scouts named it oddly, which took place in the slippery and muddy woods and on the field around the campsite’s ornamental totem pole. We then all collected wood for the camp fire that the Scouts had planned for the evening. Lunch was followed by a twilight game of rounders that ended in spectacular defeat of the other team by my big hitting team mates. We polished off a brilliant day with some wide games in our exclusive expanse of woodland, followed by rare treat of a camp fire and cocoa in the month of December, something to be savoured it has to be said. Four Scouts joined me Saturday night in the tent club, although it wasn’t as cold as the night before. 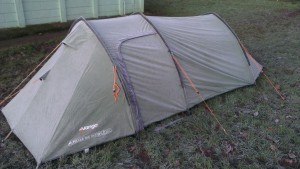 Sunday’s weather worked against us, so we made the most of the building and did a little first aid that the Scouts needed to complete for their badges, followed by a pub quiz. There was a little time for a kick about outside before we had to clear up and head home.