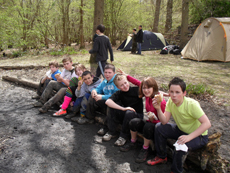 Eight of our Scouts took on the Bromley District’s first competition in it’s new guise as a full borough district. The event was arranged to take place in February (thus the steel in the name), however it was snowed off and instead happened in April. The venue was Carroty Wood activity centre in Kent, which laid on a challenging assault course and plenty of mud to boot.

Both of our teams were entered into the under 14s category and improved on their times throughout the day as well as rolling around in the mud and wolfing down burgers and hot dogs. 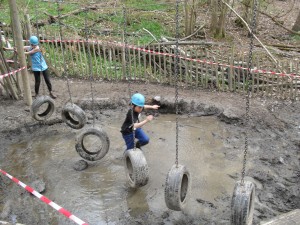 The final standings revealed the times were very close, however we weren’t quite quick enough to mix it up with the fastest finishing 9th and 13th.

All of the Scouts had a great day out, their parents however got the muddy clothes at the end of the day.

Although they wern’t the fastest, I think it’s fair to say our Scouts proved they are made of steel!