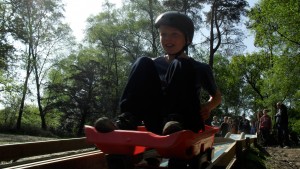 It had felt like far too long since our last camp together as a whole troop, but as we stood in the middle of our site for the weekend planning where the tents were to go, the sight of 20+ deer striding through the trees next to us was sure to be a sign that this was going to be a good one. Our home for the bank holiday weekend was Broadstone Warren in the Ashdown Forest, a personal favourite of the leadership team for many years. 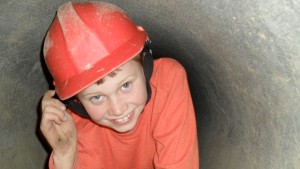 The Scouts arrived at the site on Friday night and got straight to work on pitching their tents and dining shelters. Having spent some time during troop meetings learning how to put up their tents, they managed to get them all up, despite the darkness closing in. As it started to get a little chilly they had hot dogs for supper, the first meal from a menu that they had planned themselves for camp. 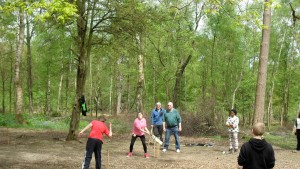 Play continues at the Broadstone Oval

Saturday morning brought sunshine for the first time, which thankfully stayed with us for the weekend. The Scouts prepared a full cooked breakfast in their patrols, readying themselves for a walk around the campsite, taking on the site’s orienteering course. This was a great opportunity for them to get to know their surroundings and to test their navigation skills. It’s fair to say they were tested, but legs were stretched and surroundings were explored. 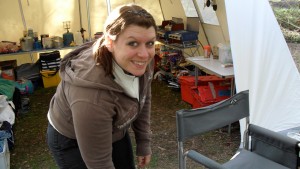 The afternoon saw the scouts carrying out more traditional camping activities such as wood collecting, axe and saw work, using pen knives and fire lighting. There was then a lull in proceedings after dinner around the fire while waiting for the ideal light conditions for our wide game followed by cocoa and biscuits around the fire. 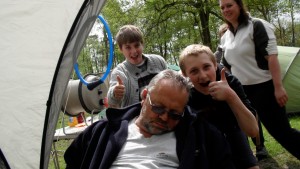 It’s tough being a leader

Sunday was another crisp but sunny morning. We took advantage of the empty site next door and played a fantastic game of non stop cricket, complete with a tense finish of 192 – 193 run score at the end of the final innings. After lunch the Scouts put on their old clothes for a surprise trip down underground to the pot-holing complex. Sunday dinner was Paella, a first for us at camp as it had been decided on by the Scouts prior to us going away. 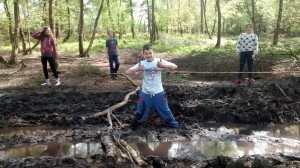 Stuck in the mud, no really!

Caron, our Beaver leader who had joined us for the weekend, had prepared and tested a recipe prior to the camp and helped the Scouts produce a tasty meal with expert tuition on the finer intricacies of preparing a traditional Spanish dish on camp. 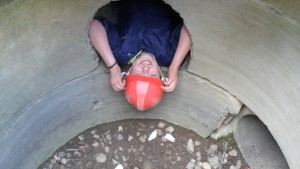 Monday, the final day of camp, is always a day of hard graft getting everything packed away in time. We didn’t want to just work all day however so after breakfast we went down to the grass sledging runs and had an hour of fun. Once the Scouts had made a quick pit stop in the providore, the camp shop, we set about packing away in time to head home.

Thanks to all of the leaders that helped make the weekend happen and also the Scouts for being great company and making it a memorable Spring Camp.