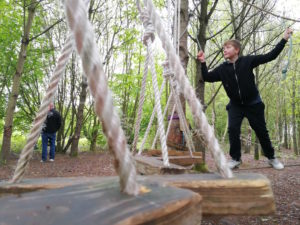 The Scout section returned to Bexon Lane, near Sittingbourne for the first time since summer 2012. A small group of scouts came down early on the Saturday morning on what was a relatively warm and sunny weekend at this time of year for camping and activities. 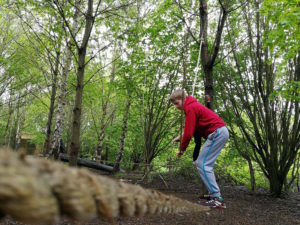 Having pitched the tents and shelters, the Scouts tried their hand at the campsite’s fantastic rotating climbing wall. It simulates a continuous climb and the speed and difficulty can be adjusted whilst the Scouts are climbing. Everyone had a go on the wall (more than one) and did fantastically well. After an early dinner the Scouts went to the local swimming baths and took part in the “Wave Rave” session with music and large inflatables in the pool. It was then back to the site for cocoa around a fire, the best way to end a day. 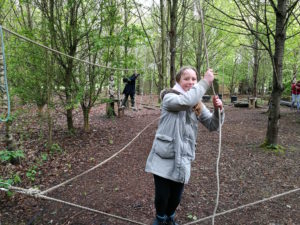 Sunday started with full cooked breakfast, of course, and then the Scouts played a highly competitive game of boules. In the afternoon we headed into Sittingbourne once more to take a ride on the Sittingbourne & Kemsley Light Railway. The Scouts completed a treasure hunt while they were there to win a prize and had two rides on the steam powered train. That evening the rain came, so we all retreated to the mess tent and had cocoa whilst having a chat. 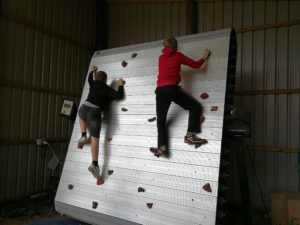 Monday was pack up day, but first we all had a go on the low ropes course. The scouts did really well on this, typical bug kid I managed to have a go and fall off so they must have been doing something right! We topped that off with a go on the assault course before packing up and heading home, once again in the sunshine!