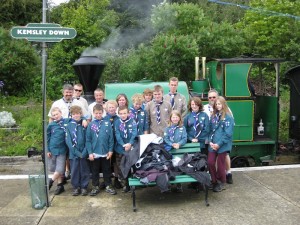 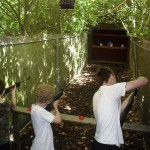 The Scout section along with three young leaders from our Explorer Scouts headed off to Bexon Lane Scout Campsite in Sittingborne this summer for a long weekend of games and activities. Having suffered the British weather at Spring Camp during early May, they were delighted to get away for a weekend of camping in the sun.

As a slight change to the norm, the Scouts were given the challenge of getting themselves to the site on Friday afternoon. This required them to get a train from Bromley South to Sittingbourne, and then navigate to the campsite on foot. They all made it there in one piece and promptly set about setting up camp.

Saturday was spent on the campsite. Activities included the obligatory game of volleyball and some kick cricket. The main event however was a session on the rotating climbing wall and on the rifle range. Both activities were run by the leaders so the scouts got the most out of the time available and had a fantastic time. All of the Scouts (and the leaders) took part and showed their prowess both on the wall and on the range. The day was rounded off with a wide game and a fire. 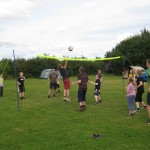 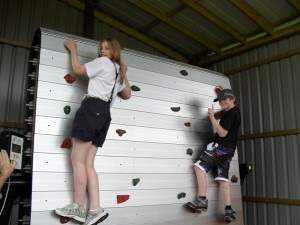 Sunday saw the scouts venture off site to go and visit the South Kent Light Railway. The railway based in Sittingbourne is steam powered and run by a group of passionate volunteers. The Scouts rode on a steam train and were given an intriguing tour of the workings of the railway which had served the nearby paper mill for many years. Back at the site the scouts played some more games, including a game of football run by our young leaders. They then rounded the day off with a BBQ and marshmallows toasted over the fire.

Monday was time to pack up and head home, so the scouts set about packing the site up and headed back to the train station. Everyone involved had a fantastic weekend and have now got half an eye on Summer Camp 2013 in France!